Things We Know That We Don’t Know About Our Universe 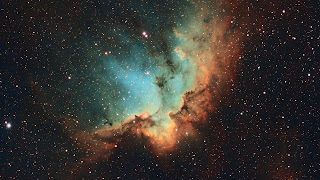 We Humans seem to be the only species so far that are interested in uncovering the veil of reality or better said capable, thanks to an advanced cerebral cortex. Explain quantum physics to a cat all you want and they’ll be pissed at you for disturbing their slumber but as good as we humans seem to be at exploring the nature of the universe, we are nowhere close to having a complete image of reality. 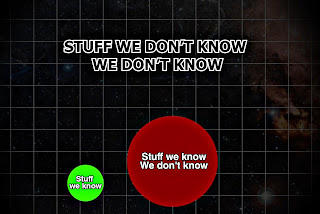 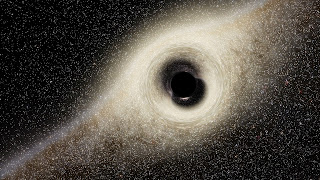 Black holes are probably the most mysterious objects in the universe. Up until recently we had no photographic proof of their existence we just assumed they had to exist to account for all the weird orbits happening in galactic centers. They were also predicted by Albert Einstein’s general relativity . Today their existence is pretty much a fact but that does not mean that we have achieved even an acceptable understanding how they operate. A lot of our current math breaks down when trying to describe their inner workings and this results in an incompatiblity between Einstein’s theory of relativity and the theories of quantum mechanics. They both describe the same reality but they only work at different levels.

Describing the universe using quantum mechanics is like estimating Earth’s mass only using a magnifying glass and describing the behavior of subatomic particles using general relativity is like using an excavator to sew clothes for ants or cook a meal for ants or write a message on an ant’s phone, you get the point (smiley face) . Back to black holes, do they have hair ? According to the no hair theorem they don’t (winky face) and by hair we mean internal structure. You can thank the very creative scientists as always for coming up with such a name. It claims that black holes can be completely described by three externally observable characteristics – mass, electric charge and angular momentum. All the other information including from in-falling objects seem to disappear and that leads us to the information paradox. As far as we know information in the universe can’t simply go poof but with our current understanding that’s what seems to happen inside the singularity. That’s why we are looking at potential alternatives like the string theory or loop quantum gravity but enough about black holes.

We have got plenty other weird stuff to explore. Dark energy and Dark matter make up 95 per cent of the entire universe and we have no clue what they are. We just know that Dark energy causes for the universe to expand at an accelerated rate while dark matter acts as an invisible gravitational glue that keeps galaxies together as the gravitational attraction accounted by visible matter would not be enough. They could be an undetectable type of particles or countless microscopic black holes which would as well be hard to detect and would be very massive despite their size.

And you’ve heard about antimatter right ? That thing that costs like 62 trillion dollars per gram to produce at the moment. Well at the beginning of the universe there was an equal amount of matter and antimatter and after them annihilating each other, normal matter came out on top for some reason we don’t know and because of it you can now read this article on your screen. Only about one in a billion normal particles survived and now they make up everything that you can see. Scientists suspect that it might be a hidden mechanism at play that favors antimatter decaying into normal matter slightly more often than the other way around but no one has a clue what this mechanism is.

And now to our next big unknown, why is there something rather than nothing ? We know the big bang happened and that it kind of started from nothing. But if nothing happens to nothing it should remain nothing, it doesn’t just randomly become something or does it ? ( Smiley face)

Saying that god did it and they have existed forever without an initial cause holds the same value as saying that the universe itself has existed forever making the argument unnecessarily more complicated . What if something is actually a more complex form of nothing . No matter how you look at this question it always regresses into infinity which the human brain does not like. And if the past of the universe is fuzzy, what about the future ? We currently have three versions for the death of the universe –

1. The Big Freeze in which everything expands forever due to dark energy and a state of thermodynamic equilibrium is reached thus nothing can happen again.

2. The Big Rip says that the universe will be ripped apart by the exponential expansion from the galaxies to the subatomic particles.

3. The Big Crunch which claims that the universe will stop accelerating and will change gears to reverse thus imploding in itself maybe starting a new big bang right after.

Currently out measurements are not precise enough to let us confidently pick the winner but we are inclined to think we will freeze bones off .

Also why are we so special? Where are the rest of the players in this supposedly infinitely sized multiplayer game ? Did we get super lucky to evolve advanced intelligence before everyone else in the universe or does everyone keep dying before managing to broadcast their existence (smiley face). Perhaps they did not die and instead had millions of years to advance their civilization to the point that they have no interest in contacting primitive civilizations like ours and instead entered a hibernation mode to preserve as much energy as possible before the death of the universe . Or what if they stay silent on purpose, perhaps hiding from something.

We have barely scratched the surface of mysteries and that was only touching upon physics and astronomy. We have severe problems understanding the nature of our own consciousness i.e. the most crucial element of our existence. Is it an emergent part of the human brain? How did it evolve or more importantly why ? Perhaps it was an accidental side effect of the evolution of the brain and anyway, how do those three pounds of electric jelly even generate your awareness of reality and make you question the purpose of it all ? One can think of consciousness as the accidental way that the universe became aware of itself.

Some of these questions will be answered soon, others later but remember that these are only part of the small circle called stuff we know we don’t know. There will be lot of exploration left to do outside of this circle.

And what left do we have to do in a meaningless accidental universe anyway ?

Anonymous said…
Pleased to know that humanity will either become non existent or rule all over the universe one day.
11 December 2021 at 10:30